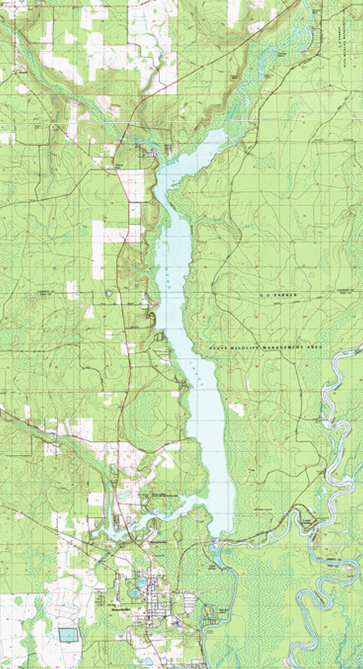 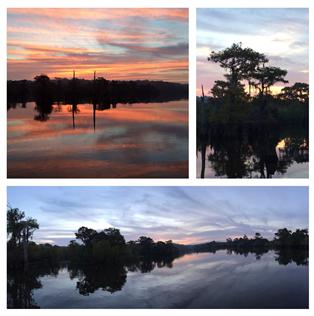 The Dead Lakes are fed by the Chipola River on the north end, and become the Chipola River again when they end at the south end. The Chipola eventually empties into the Apalachicola River, just south of Wewahitchka. At some point in the past, the Apalachicola formed a sandbank that backed the Chipola up and flooded the area, killing off many of the trees in the flood plain, and forming Dead Lakes. Some think that a hurricane may have pushed salt water inland, up the Apalachicola, and killed off many of the Cypress that would not have been killed when the Lakes were formed. However it came to be, now it is very much alive. The Dead Lakes teem with life, from the Cypress and Tupelo trees, to the birds and animals, and of course, the fish. Great fishing is what made the Dead Lakes famous, and it continues to be popular with those willing to navigate it. It's popularity continues to grow with photographers, nature enthusiasts, and people that wish to get away from civilization for a bit. Less than an hours drive from Panama City, Mexico  Beach, or Port St. Joe, it's a world away.